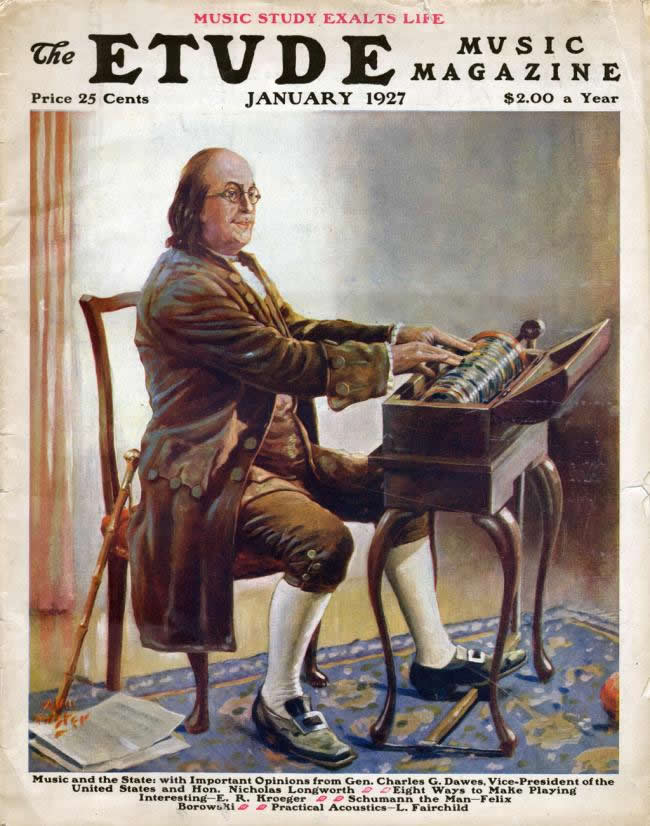 Other than as a Founding Father of America, Benjamin Franklin is probably best known for his experiments with electricity. No, he didn’t invent electricity. He did find ways to characterize and tame it. He invented the lightning rod so that buildings and ships would be better protected from damage. But did you know that he was actually quite the inventive genius?

Franklin had an inquisitive nature and a keen eye. He made some important scientific observations about the ocean currents and weather during his travels.

He re-designed the common heating and cooking stove of his era (which later became known as the Franklin stove) so that it would not spew smoke and soot into the home. You may know that he invented bifocal glasses, but he also invented what he called a “long-arm” device, that we know as a reacher today – to help himself reach books without having to get up.

Franklin was a music lover, but he only invented one musical instrument. He called it the glass armonica. 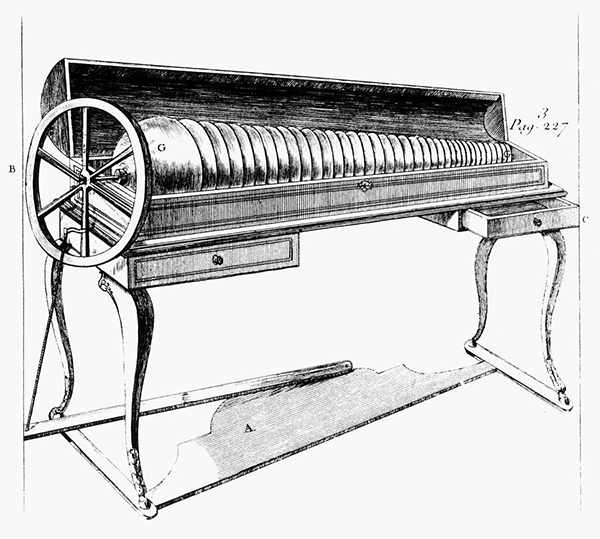 In 1761, while living in London, Ben first observed the lovely young musician Marianne Davies perform on the musical glasses. Despite how beautifully she played, she appeared to be in constant pain from the activity. The way Franklin described it, while walking home from the concert he conceived of an instrument with glass bowls attached to a rod at their center and bathed in a tub of water. The rod was turned by a treadle mechanism, keeping the turning bowls moistened by the use of a foot pedal. The musician could then gently apply her finger to the appropriate bowl to produce the note she wanted – resulting in music without any pain.

Ben had the very first glass armonica built for Marianne Davies. Historians have questioned the nature of their relationship – but very little is known. In The Wisdom of the Flock, I imagine that they became romantically involved. And who knows?

The whereabouts of Marianne Davies original glass armonica is unknown. Pictured below is Madame Brillon’s glass armonica from the late 1700’s which now resides at the Bakken Museum in Minneapolis, Minnesota: 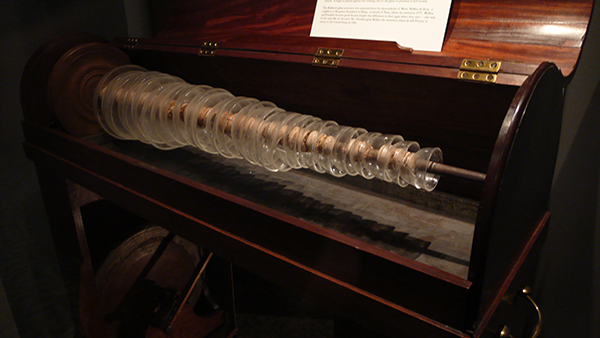 To see and hear a modern glass armonica being played, watch here:

With regard to other ingenious thoughts and inventions, Franklin published a theory about the aurora borealis (Northern Lights) being due to charged electrical particles in the atmosphere. He was right on.

In one of his more lighthearted “inventions” – he proposed to modify the diet to eliminate “intestinal wind”.

He suggested in a letter that much energy could be saved if people would change their clocks to match the daylight hours – even though he did it in jest – and Daylight Savings Time didn’t come into existence until much later.

He contributed greatly to social benefits through adding his pragmatic wisdom to ideas like the post office, fire department, and library.

Among his more “medical” inventions are a re-designed urinary catheter – which he actually designed for his brother but also reportedly had one made for himself – to more effectively drain his bladder due to a large and painful stone. The ingenious design utilized interlocking silver pieces that supplied the correct amount of flexibility and firmness and was easy to sterilize by boiling.

He believed in fresh air and exercise as a way to promote health in a time when most people kept their windows closed to prevent “bad humours” from entering the home.

He re-designed a streetlight to make it more serviceable, provide more light, and be less likely to break when cleaning. His 4-sided design of the lamp is still commonly used today. 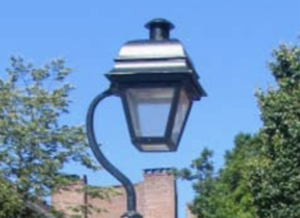 He invented swim fins to aid him in swimming and a library chair that incorporated a stepstool for reaching upper shelves.

Many of Franklin’s inventions were utilitarian. He invented mostly common things that made life easier. But he also published his designs so that others could reap the benefits as well.

Ben Franklin never patented any of his inventions as he felt that they should be enjoyed by all mankind.

Ben continues to contribute to our lives today. Not the least of which is that we can continue to be entertained by his deeds and served by his inventions.