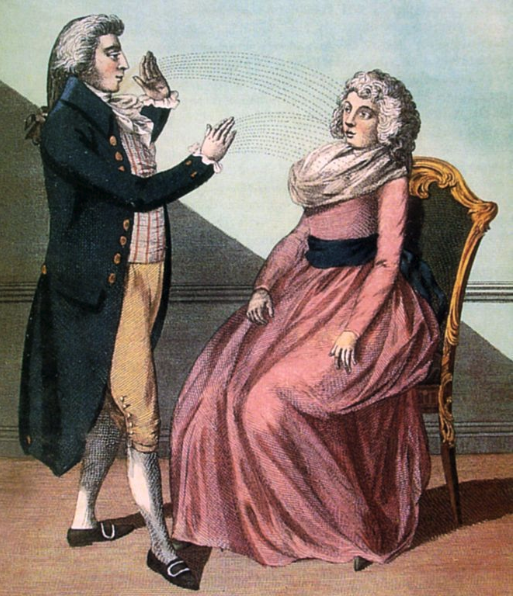 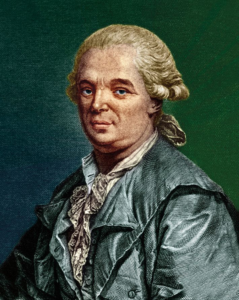 He was strongly influenced by the experiments of Maximillian Hell (the astronomer and Jesuit priest) on the effects of magnets on the human body.  Mesmer theorized that there exists a force (or fluid – as it was called back then) flowing from the cosmos that influenced sickness and health. Some say that he plagiarized his theory from that of the British physician Richard Mead. Nonetheless, Mesmer came to claim that only he (and his trained followers) could “channel” this force in order to heal. He called the force magnétisme animale (animal magnetism) to differentiate it from mineral magnetism.

Mesmer initially practiced the general medical treatments of the time – such as bloodletting and use of leeches, as well as “cupping” – the application of a strong vacuum to the skin aimed at raising a blistering welt. These practices were designed to draw out the “bad humours” thought to cause illness and allow people to heal. But as noted in the book, such treatments, and the physicians who used them, often did more harm than good. Compared to the barbaric treatments of the day, Mesmer’s ministrations were undoubtedly gentler – and probably just as effective in many cases.

The traditional physicians of his time would have none of it. He was nearly drummed out of Vienna due to his treatment of the blind young pianist Maria-Theresa Paradis. Still many patients swore by the effectiveness of his treatments and his practice in Paris grew quickly. And in fact, his patients did feel better – at least for a time. Nothing that he did really changed the ultimate outcome of their disease, of course. But people were noted to be calmer, more at peace with their malady (whatever it was) after his treatments. Mesmer wanted to help people and lessen suffering. During a Mesmer seance, people would gather around a tub full of “magnetized” water, listen to soft music (often the glass armonica), and apply iron rods to the area of their bodies that needed healing. 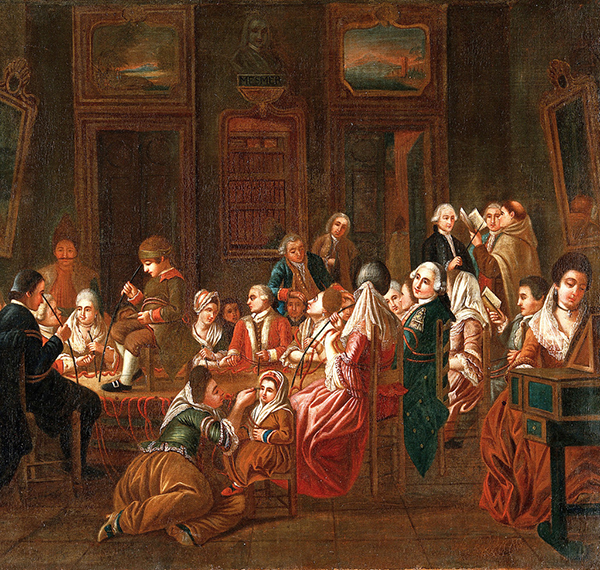 This picture illustrates the treatments being applied to the eyes – but also the head for headaches. The lady playing the harpsichord at the far right is probably meant to represent Marie-Theresa Paradis. Mesmer is depicted standing back by the door, supervising.

Unfortunately being “mesmerized” came to take on the connotation of being under the control of someone, or something – and often evokes a negative meaning – as in being duped or exploited. Partially, this is because people went under a “trance” as a part of his treatment. Also, because he charged his clients for his treatments, he came under some scrutiny by the established medical community of the time.

In 1784, French King Louis XVI asked Benjamin Franklin to lead a commission of distinguished scientists and investigate the practice of Mesmerism. The commission proceeded to conduct careful experiments – what amounted to early blinded clinical trials (using a real blindfold). They determined that the effects of magnétisme animale could be attributed to imagination and suggestion. 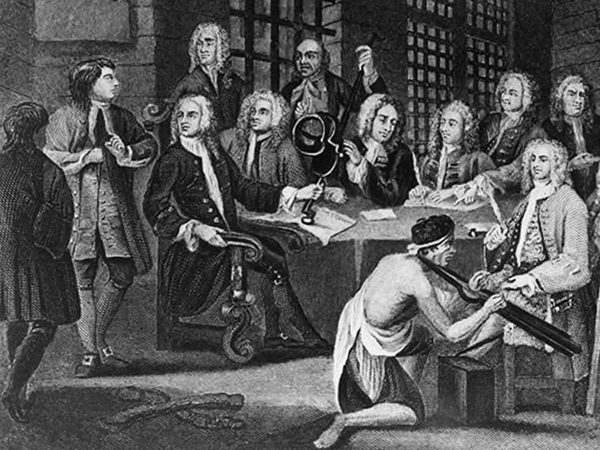 After the commission “debunked” Mesmerism, it fell into disuse – at least within the traditional medical community. However, in the mid-1800’s it re-emerged as what we know today as hypnotism. Hypnotism has been shown to be a helpful tool in many medical areas, from smoking cessation to depression. Some of strongest evidence comes from the treatment of gastrointestinal disorders – possibly through decreases in stress and anxiety.

Mesmer left Paris and never returned. He lived out his life in relative obscurity in Switzerland and Germany.